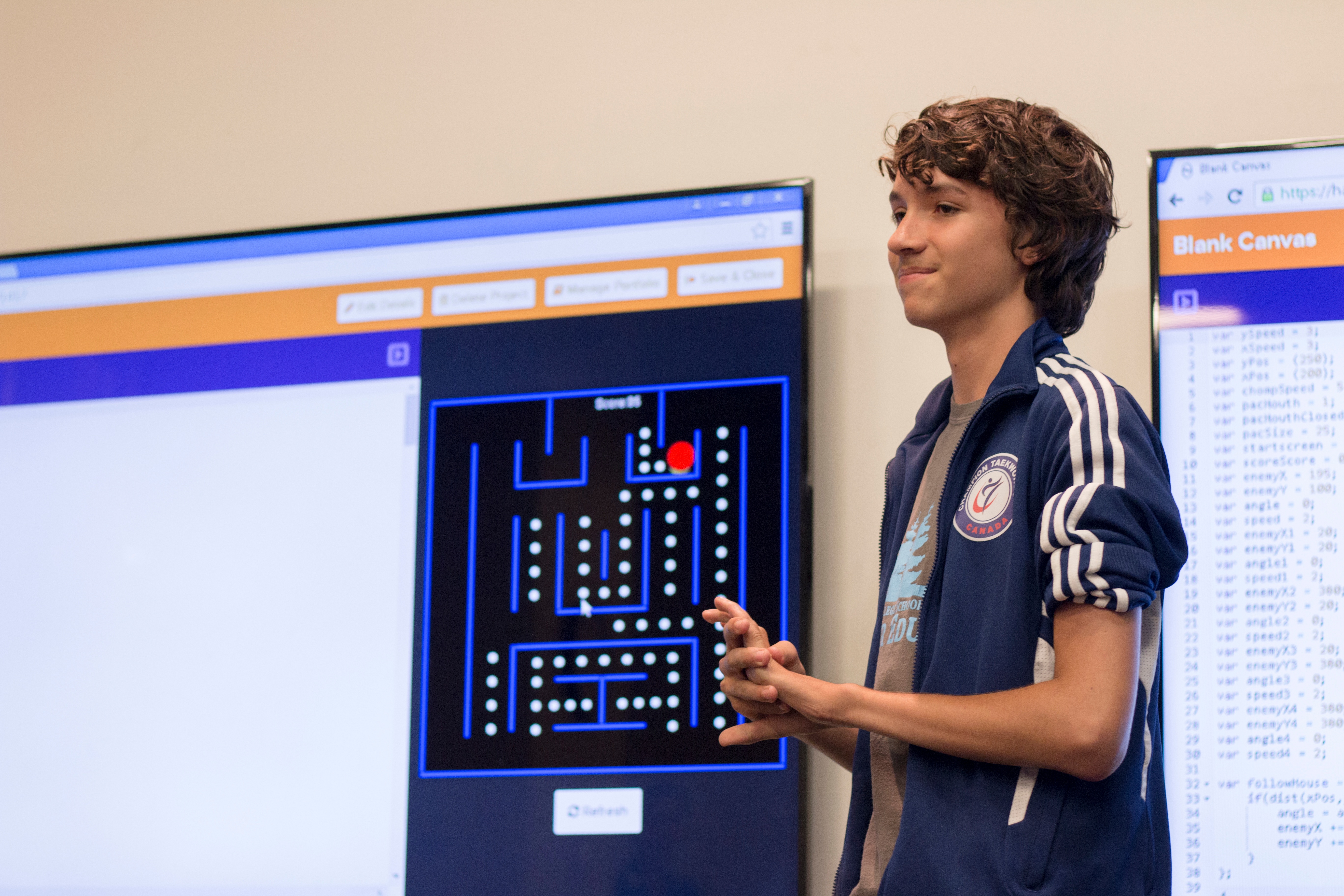 Coding is Setting Aidan Up for a Successful Future

We’re always talking to Hatch parents in order to learn more about their experiences with us. In October 2016 we had a conversation with Brenda whose son Aidan started taking classes with us in September 2014 - a few months after Hatch got going. When did Aidan get involved with Hatch? How old was he and what was his journey towards coding and programming?

Aidan started Hatch in September 2014 at 9 years old. He had previously started programming on his own with Khan Academy and could only go so far. When we received a Hatch flyer and noticed that they also used Khan Academy, we decided to give it a try.

Can you tell us a bit about Aidan?

Aidan is in grade 7 and he loves science, math, music and any sports (playing and watching). He has a younger brother (9) and sister (7) who are now starting to get interested in coding.

Before Aidan's interest, was this a field that you were familiar with? Do you know how to code?

Both my husband and I have dabbled with coding, but not since university. Professionally, I’m familiar with coding as I've spent several years working with developers on many IT-related projects.

Have you seen Aidan taking skills (other than programming) away from his time at Hatch Alpha? If so, do you think these skills will impact his professional or personal future?

During Aidan's CCC preparation last year at Hatch Alpha, he learned logical approaches to problem solving. This skill is invaluable for anything he will do, professionally and personally.

Tell us a bit about The World's Hardest Game! This sounds amazing!

Aidan and some friends found the World's Hardest Game online and decided to code it themselves. They coded the first level together, and Aidan later added more levels. The objective of the game is to move from one side to the other while avoiding obstacles. Apparently, it is extremely hard!

As mentioned by Brenda, Hatch can serve as the perfect extension to advance your kids knowledge and interests in coding. Interested in learning more about our camps, weekly classes or after-school programs?