We’ve talked to a handful of Hatch parents in order to learn more about their experiences. First up is Leslie, whose daughter Avalyn is nine years old and loves computers.

How did Avalyn get involved with Hatch?
Avalyn started Hatch as an after school program. I didn’t know what to expect, and was almost surprised when she showed interest in coding to begin with - she is usually involved with a sports camp, so it’s a bit of a departure from what she’s normally interested in. I thought maybe she’d try it out and think it wasn’t for her, but… she surprised me again by coming home and telling me that she loved it!

What qualities did you see in Avalyn that you thought would be a good fit for a coding camp?
Avalyn loves computers and playing games on computer, and because of her natural curiosity, I’ve been trying to encourage her to get behind the scenes. She is a diligent with details, and has no trouble getting focused on the task at hand.

What are some of Avalyn’s favourite parts of Hatch?
Going off-site with Hatch has been a real highlight for Avalyn, and it’s good to know that she is not only sitting in a chair, but getting out and about. She has gone several places with Hatch: the Douglas Snow Aquatic centre, a park for the afternoon, the Ryerson DMZ to end the week on a special note, and even Google Canada for a special event.  It’s all fun and new and has involved Avalyn being independent.

Have you seen any changes in Avalyn since she started coding?
This program has enhanced her discipline and provided a place where she enjoys being focused and completing a task start to finish, while using her creativity.

Have you seen anything that Avalyn has built?
Yes, in the report status it showed a screenshot of her animated cupcake my understanding is that it moves according to certain keystrokes.

Is it strange to not understand what she’s working on?
I don’t know anything about computer programming myself, but Hatch has made me more curious. It has prompted me to acknowledge the gap between parent and child - what Avalyn knows at 9 is mumbo-jumbo to me! I realize that to guide our children, we have to have some knowledge as well. Now, it’s something I want to work on!

What impressions have you gotten when you’ve gone to Hatch?
I found the staff easy-going and willing to help out. It’s a comfortable atmosphere, and not strict. I would describe it as an encouraging environment.

Do you think learning to code at an early age will affect Avalyn’s professional choices when she’s older?
I would be pleased as punch if Avalyn works in tech one day. I love it - there is a sense of empowerment that she can do this, learn it. Avalyn’s job may not have been invented yet and I want to support her. I’m a proud parent.

It’s important women are represented in STEM activities, but they must feel they belong.  These early experiences will help my daughter feel that this is her reality, her world, and she belongs there if she wants.

It’s great that she’s taken this path. I’m so glad she’ll have the feeling of being comfortable in the tech world.

What surprised you most about the Hatch experience?
That it’s not just the coding itself, it’s the exposure to the coding/tech world. Like when Avalyn went to the Ryerson DMZ and seeing what a cool environment it was. Seeing women present their technology. These experiences form a wider worldview, opening a child’s eyes. It makes them feel like they belong in a world like this, a world with possibilities.

As Leslie discusses, Hatch offers more than just teaching code. At Hatch, your children will see a new world opened to them, and learn about different opportunities for their future. Learn more about camps, weekly classes and after-school programs. 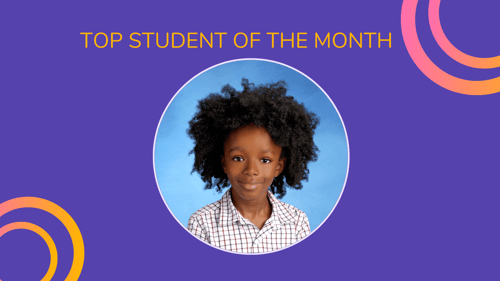 Coding Games: How a Hatch Coding Student Got Hooked on Coding

December 08, 2020
What goes into creating a computer game? A lot! It starts with an idea for what the game will look like and how it will function and then a whole lot of code to bring it to life!
Read More » 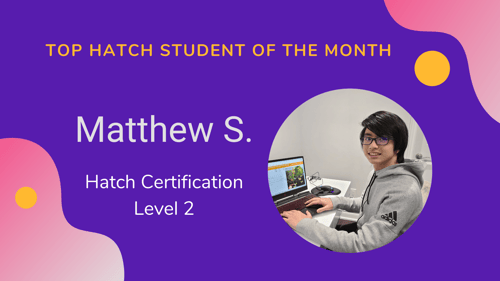 How to achieve Programming Literacy: Tips from a Hatch Coding Top Student

October 22, 2020
Our Top Coder of the Month, Matthew S. shares his coding journey with Hatch to how he become programming literate.
Read More » 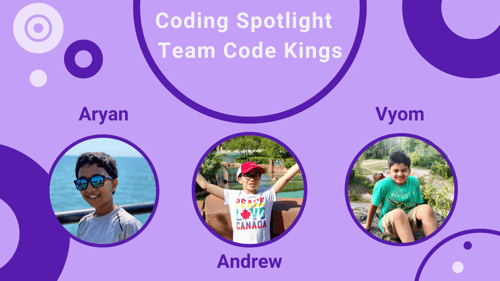